Webgears Group, one of the leading international service providers for content commerce solutions, announces that Chief Commercial Officer (CCO) Christoph von Bülow has been appointed to Co-CEO. Together with Co-Founder and Co-CEO, Alexander Bitsche, he forms the new, strong leadership duo that will further drive the strategic growth of Webgears.

First joining the company in August 2019, Christoph von Bülow was instrumental in positioning Webgears as one of the leading international service providers as CCO. He was able to assist the business development team with their main focus of expanding into the U.S. market and strengthing the U.K. and German markets. These efforts led to new top media and advertiser partnerships, including CNET, The Daily Beast, and WELT. This resulted in a 35% increase in transactions in 2020 alone.

In his new role as Co-CEO, he will be leading the company with Alexander Bitsche, Co-Founder and Co-CEO at Webgears Group to ensure quality assurance of services in addition to strategic growth. Earlier this year, Bitsche became the majority shareholder of Webgears and previously served as sole CEO. His first initiative as a primary investor was to establish an advisory board, which includes Peter Gaugg, Ulrich Buser, and Co-Founder Daniel Ender, as well as increase the size of Webgears’ team of experts.

Bitsche believes that promoting von Bülow is another significant step that will assist in his vision for the company’s continued success: “From day one, Christoph demonstrated strong leadership and his ability to take on greater responsibility for the group. As CCO he was able to extend our partnership portfolio with top media publishers as well as increase our service performances for our advertisers, partners, and other stakeholders in our markets. As we continue to grow, I’m looking forward to working together with Christoph in taking the Webgears Group to the next level”.

“Webgears has been successful for 11 years as one of the top international service providers in the savings industry” confirms Christoph von Bülow. “The company’s strengths are its outstanding team, its customized solutions to helping people save, and its commitment to our partners. I’m thrilled to use this new momentum to support the team and help achieve additional milestones”.

As a seasoned leader, von Bülow brings with him over 20 years of international experience in the online media, advertising, and travel industry. He started his career in 2000 at TOMORROW FOCUS AG (known today as BurdaForward), and held multiple management positions at lastminute.com, Travelzoo and HolidayPirates, before deciding to join Webgears Group as Chief Commercial Officer (CCO) in 2019. 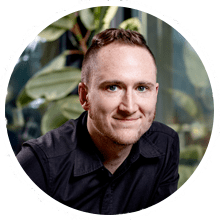